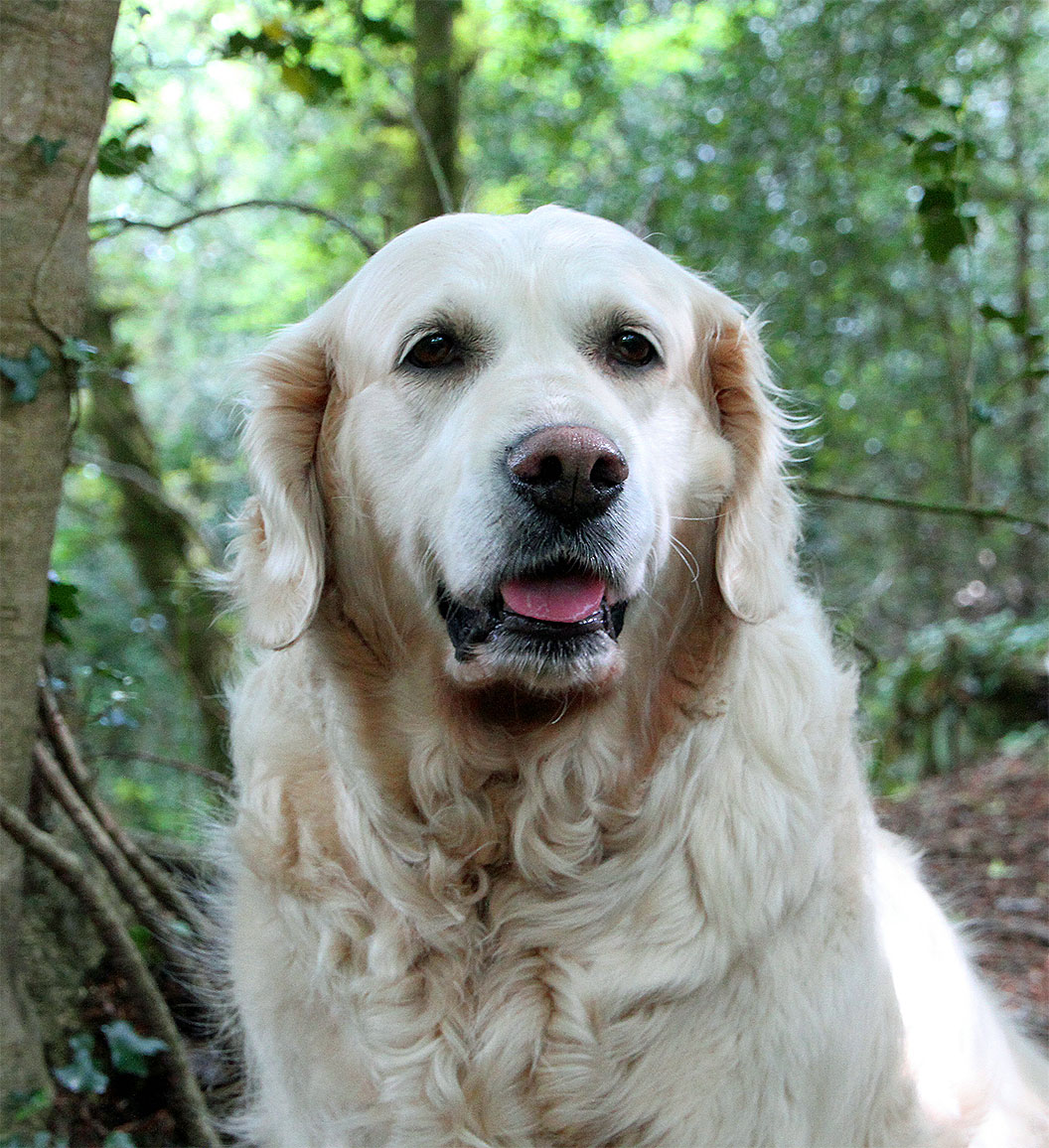 Shiloh bounced into our lives with attitude and energy, commanding attention from Storm and Reilly from their first encounter. Everything about this beautiful blonde, was big hearted, bold and brash. As a tiny pup she embraced the stealth of a Siberian Wolf with the comic clowning of the Keystone Cops and showed a skill for escapology that even Houdini would admire. In the heat of the moment I’d swear she’d give the equivalent of a canine laugh, almost as if the adventure was worth the reprimand.  When the mood took her she would excel, but if she couldn’t be “bovvered” – believe me – wild horses wouldn’t convince her otherwise and thus she affectionately earned the nick name “Vicky Pollard!”

She did however excel in her maternal duties and despite wanting nothing to do with the mating game – after three years of trying she gave up a bonny litter of eight platinum pups.  She was our Ms. Independence, never happier than off hunting on her own, head down a bunny hole and covered in mud and muck.  Sadly this buxom blonde left us just shy of her tenth birthday and she received some lovely compliments……..

She had an interesting pedigree, being a Ch Cabus Christopher grand daughter. This renowned golden was probably one of the most successful and influential stud dogs in the history of the breed. His total of 42 CC’s has only ever been equaled by a grandson of his. He also pioneered AI (artificial insemination) way back in the sixties and Shiloh’s sire was as a result of a sample that originally was sent to Australia forty some years ago, returning to the UK twenty eight years after his death and being successfully used to produce – Sh Ch (08) Camrose Time to Return. If evidence was ever needed to dispel the theory of “Best Before Dates” – this was it!