My beautiful “Once in a life time Girl” 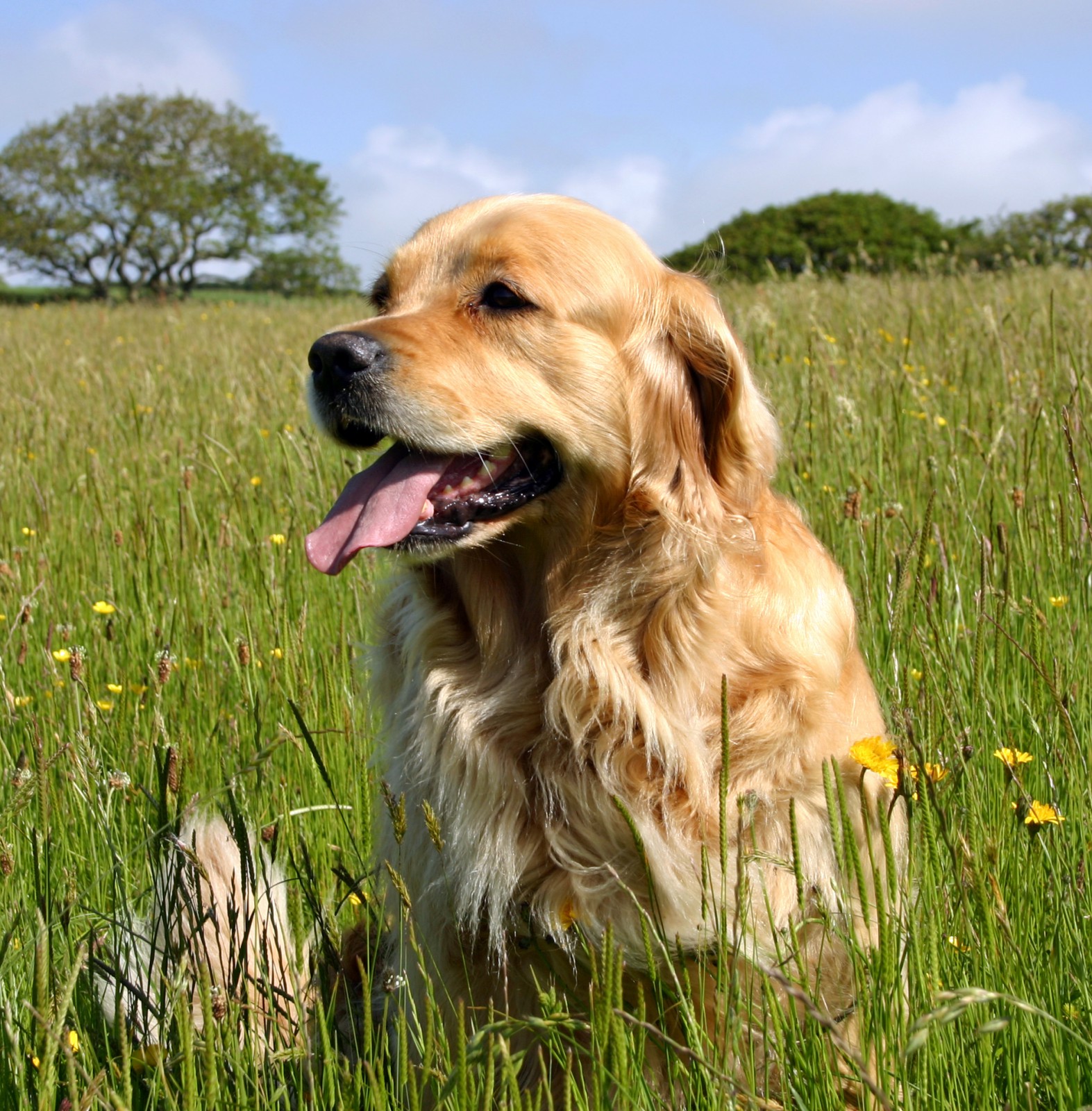 Storm was our very special lady, who held just that extra little piece of my heart. Although she had a very respectable pedigree and low hip score (3:7) she wasn’t Kennel Club registered on account of her dam’s age who was older than the stipulated eight years when her pups were born. We didn’t have a clue what to look for when trying to make our selection, but the Gods must have been smiling, as we came home with an absolute gem. She was so bright and quick to learn that other than a very occasional accident she was house trained in just three days! Additonally her intelligence and need to please meant that she hadn’t been on a lead since she was five or six months old. Her telepathic skills were legendary as she had often done what I was about to ask her to do before the thought had popped into my head.

She was happy, gentle, soft, biddable and loving and oh so intelligent – you could trust her with your life. In greeting, she will always find a gift to give, even if it was nothing more than a leaf off the drive. Her aquatic skills were a sight to behold and she could hold her breath for what seemed ages. Several years ago a seal popped up not four feet in front of her, (I don’t know who was most surprised) the two gazed long and hard at each other and when the seal dipped under the surface, Storm duck dived, disappearing completely from view in an attempt to follow. She was our constant companion and no matter how much we gave her, it in no way equalled what this glorious golden girl has given so unconditionally to us. She never won a rosette in her life, but won the hearts of everyone she met. She was a true ambassador for the breed, encompassing everything good and noble that the golden retriever represents and the cancer that took her far too early and swiftly from our lives was faced with a quiet strength, courage and stoicism that taught me much and was humbling in her acceptance. She was and still is loved with a passion and the vast empty space by my side is keenly and sorely felt.

On the day we were told, that she wouldn’t grow old
And her time left was precious and short,
I wept in despair, at the pain we would share,
For a lifeline that couldn’t be bought.
On days two and three, with her head on my knee
And confusion and hurt in her eyes,
My heart simply broke at this murderous stroke
And the fact that quite simply she’d die.
In shocked disbelief this cancerous thief
Had stolen my sweet heart’s desire,
And the speed that it spread fueling panic and dread
Was as swift as a wild forest fire.
But day four was dawning and new thoughts were forming,
An angry rebellious approach,
I’d neglected my tribe with such negative vibes
And had rightfully earned their reproach.
But this glorious breed, neither fester nor feed
On our failings, short comings or fears,
They knew I’d return with a new found concern
Once self pity had moped up my tears.
So the counting was stopped and the sadness was dropped
And harmony once again ruled,
I’d let my Storm lead, and I’d listen and heed,
With a heart she had carefully schooled.
So my sweet pretty girl, my peaches and pearl,
My adorable soft golden friend,
Would walk by my side with such bounce in her stride
That I swore that her sickness we’d mend.
We’d amble and gambol, through cornfield and bramble,
The woodlands and Fal River’s reach,
We’d walk on the sands, my small quartet band,
Through the sea and the surf and the beach.
We lived for today in a hedonist way,
With indulgence and carefree delight,
We did as we pleased with a consummate ease
With no thought as to wrongs or to right.
The hedgerows were heavy with bounty and bevy
With berries and blue blooming sloes,
Our days were enriched with this stoical bitch
And the courage she constantly showed.
The late summer sun, through autumn mist spun,
With the leaves turning gold in the fall,
And it seemed that her health, being stolen by stealth,
We’d managed to somehow forestall.
As we wrapped up in fleece, and viewed the first geese,
Alight on our shores in great flocks,
I was keenly aware from the depths of her stare,
That she too was taking great stock.
Our senses were heightened, emotions enlightened,
And crystallised memories formed.
These precious last days, laced with laughter and play,
Were a tribute to my darling Storm.
But her body grew weary, and sad eyes were teary,
Her coat once so glossy grew dull,
A lacklustre tail, confirmed she was frail,
And I knew what was meant by this lull,
She spoke with her eyes, do not grieve do not cry,
Do not fret for my time has now come,
Our rich bejewelled life, has been happy and rife,
I’m full filled and my duty now done
But when the time came, to my undying shame,
I wept like a child that was lost,
I tried to stay calm, as she lay in my arms,
But had woefully misjudged the cost,
And though it would seem, that it’s only through dreams,
That our paths will entwine and so meet,
There’s a little of Storm, in each new breaking dawn,
In the eyes of the “Goldens” I greet.